Atelectasis is one of the conditions affecting the lower respiratory tract. 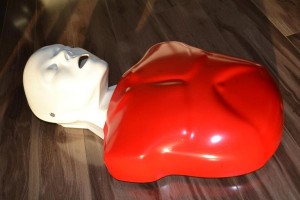 Many disorders affecting such as atelectasis are serious and are oftentimes very life-threatening because it primarily affects oxygenation at the airway  level, but specifically the alveolar level which is the workhorse of the gas exchange process. Individuals suffering with lower respiratory tract disorders require intensive assessment and rigorous clinical management because any disease condition affecting the respiratory system in general is life-threatening which causes death within minutes.

Atelectasis refers to the closure or the collapse of the alveolus and is particularly described in relation to imaging studies as well as presenting clinical manifestations. Atelectasis can be classified as acute or chronic and may cover a broad range of pathophysiologic changes from the alveolar level with the loss of lobar, segmental or overall lung volume. However, the most commonly described forms of atelectasis are in its acute form which normally occurs in the postoperative setting or in individuals who are bedridden who have monotonous and shallow breathing pattern. Excessive secretions or mucus plugs may also aggravate lung obstruction and airflow which end result is atelectasis or the collapse of the lungs.

Atelectasis is also observed in individuals with chronic airway obstruction that blocks or impedes the flow of air to a specific area of the lung such as the alveoli that is mainly responsible for gas exchange to occur between oxygen and carbon dioxide molecules. The trapped alveolar air becomes absorbed into the blood stream therefore no additional air can enter into the alveoli because of the underlying blockage. As a result, the affected portion of the lung becomes airless and the alveoli collapse. This may also be a resulting consequence brought about by retained secretions, breathing patterns, pleural pain, prolonged supine positioning, reduced lung volume and similar other alterations in airway function.

The development of atelectasis is normally insidious. The signs and symptoms would include; cough, sputum production accompanied by low grade fever. Fever is universally regarded as a clinical manifestation of this condition, however there are few studies to support such claim. Most likely, the fever that accompanies this disease is probably due to an existing infection or inflammation distal to the obstructed airway. In its acute form, it generally involves a large amount of lung tissue, such as those found in cases of lobar atelectasis, there is marked respiratory distress that can be readily noticed upon initial assessment. Moreover, individuals reported with lobar atelectasis have difficulty breathing in the supine position and are extremely anxious.

The goal of treatment is generally to improve ventilation and remove copious amounts of secretions. Strategies in order to avert atelectasis include; frequent turning and positioning, ambulation, deep breathing exercises that promote lung volume expansion, and the use of incentive spirometry all serve as first line measures in minimizing or treating atelectasis by basically improving ventilation. If

the case of bronchial obstruction from secretions, the secretions must be removed by coughing or suctioning to allow air to re-enter the portion of the lobe of the affected lung. Moreover, chest physiotherapy such as postural drainage and chest percussion can also assist in mobilizing secretions that cause atelectasis.