The possibility and reality of mass casualties are very closely associated with natural catastrophes/disasters, terrorism and biologic warfare are not new concepts in human history; nor the inception of WMD or weapons of mass destruction. In fact, the use of weapons of mass destruction can be traced as far as the 6th BCE for biological weapons and the year 436 BC for chemical weapons.

Geopolitical forces/interest, the perceived “shrinking globe” as well as the availability of such weapons and technology of destruction have brought the possibility of mass casualties closer to reality due to prevalence terror attack. Examples include the 1993 bombing of the World Trade Center in New York, the 1995 Oklahoma City bombings, the total destruction of the World Trade Center and damage to the U.S. Pentagon on September 11, 2001 and the most recent Boston Marathon bombing on April 15, 2013. Terrorists have become increasingly sophisticated, organized and effective and that it will no longer be a question whether a terrorist attack will lead to mass casualties but rather when it will occur.

As distressing as terrorism and biological/chemical warfare are, they are just some of the many reasons why emergency health care providers need to sufficiently plan for mass casualties. Airplane crashes, train crashes, bombings, toxic substance spills are other disasters that can tax the resources of health care facilities and their communities which if not adequately prepared could cripple society itself which could lead to chaos and anarchy. In addition, natural phenomena such as hurricanes, tornados, floods, fires and earthquakes injure and kill hundreds of thousands of people worldwide each year.

The effective management of disaster response will heavily rely on the preparedness and updated knowledge of the emergency response personnel both in the field as well as in all levels of health care facilities. The only way to effectively respond to an unprecedented disaster or attack is early preparation and skills update and training even before the onset of such disasters.

Responding to disaster and mass casualties 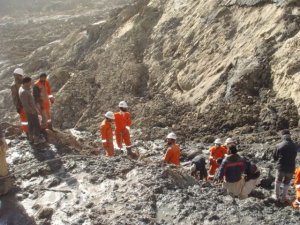 casualties in the event of the above mentioned disasters and terrorist attack. The main goal of emergency response personnel in such dreadful and appalling disasters which causes death and injury in a massive scale is adequate preparation and baseline knowledge about the possible natural and terrorist-sponsored injuries and illnesses that can occur following a biologic, chemical, nuclear attacks and other natural disasters. Moreover, updated information and continuous skills training and advancement in mass casualty response is very essential in effective disaster management of mass casualties.

Disasters are often classified by the resultant anticipated necessary response:

Level II: Regional Efforts and aid-from surrounding communities are sufficient to manage and contain the effects of the disaster.

Level III: Local and regional assets are overwhelmed; statewide or federal assistance is required in the management of the disaster and the mass casualties involved in the situation.