One of the common problems aroused by movement via the different

transportation facilities or other sources is motion sickness. It is more common for people to get motion sickness while in a car, airplane, train or boat (commonly called seasickness). Generally, it is characterized by feeling queasy that may lead to several symptoms.It is often said that seating location makes a difference in motion sickness. Risks for motion sickness actually decrease when one is more exposed to being in motion.

Conflicting signals to the brain from the eyes, inner ear muscles and joints of the body and inner ear cause motion sickness. A common example of this is while in a boat with no windows, the inner ear sends signal to the brain of the rolling motions which is not seen by the eye causing conflicting signals. The brain will them conclude that it is due to hallucination caused by ingestion of poison. The brain the sends signals to induce vomit,resulting to motion sickness. Symptoms may onset even just at the thought of movement.

Although there are different types of motion sickness, the signs and symptoms that manifest are almost similar in all situations. These include: 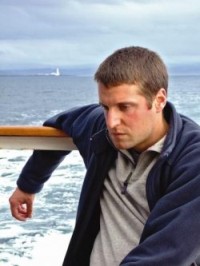 Medications may be taken beforehand to stop onset of motion sickness.