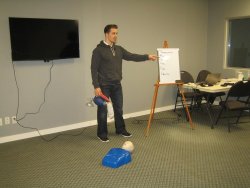 Legionellosis caused by the Legionella pneumophila bacterium, occurs in two forms. The first one is a kind of pneumonia and is the serious type of the two. the second one is a less serious form known as Pontiac fever. During a convention of the American Legion in 1976, there was an outbreak of an unusual pneumonia. People staying in the same hotel for the convention were affected by it. Here is where the bacteria causing this outbreak got its name. L. pneumophila is found in water naturally and is even found in the water systems such as the heating and cooling elements of large institutions like that of hotels and hospitals.

Legionellosis doesn’t spread from person to person contact. Rather it gets transmitted by inhalation of water droplets that are contaminated with L. pneumophila. That is why if the water in air conditioning units, saunas, etc., is contaminated, the disease can easily among the people. The diagnosis of this infection is a bit difficult and hence many cases of legionellosis go unnoticed and unrecognized. The treatments for their respiratory infections do successfully treat legionellosis. Although it doesn’t take the form of a serious illness, but if it does, then the mortality rate is about 30%.

It is seen that healthy people do recover quickly from legionellosis if provided with appropriate treatment. However, it can be fatal for some, especially for people with the above listed problems.

The signs and symptoms of this infection develops in an individual exposed to this the causing bacteria within 14 days. Since, the symptoms are very much common with many other illnesses, so legionellosis can be quite difficult to diagnose. The common symptoms of legionellosis include, fever, chills, cough spotted with blood, headaches and a general feeling of weakness and body ache.

Rest adequately and stay hydrated. Since, legionellosis is not contagious from person to person; caretakers and household members need not worry. Consult your doctor for proper treatment. The symptoms of legionellosis usually last for a week or so and gets better thereafter.

When to Seek Medical Care:

It is very important that you seek medical attention when you have my of the symptoms listed above. In order to confirm the diagnosis of legionellosis, your doctor will perform specific tests on your sputum and your urine. If the presence of the bacterium is confirmed then he might order a chest X-ray to confirm the diagnosis of pneumonia. Legionellosis can be effectively treated with common antibiotics.